Home to the southernmost alpine wildlife in Europe

Rich in butterflies and very diverse in habitats

with a professional nature guide

The contrasting nature of the Sierra de las Nieves makes it one of the less known National Parks in Spain. Located between Ronda and Málaga, the Sierra is the hightest part of the western Béticas Mountains. Its complex geology is quite unique and homes the largest shaft in Europe. Here's some interesting facts about its wildlife:

There is two very important tree species in terms of their limited distribution. The north side of the higher peaks keep some magnificent specimens of Spanish Fir -abies pinsapo-. Above the Fir line, the local endemic quercus alpestris  that we locals refer to this oak as "Quejigo de montaña"  is without any doubt the true gem of Sierra de las Nieves. It is not to be found anywhere else not even in the nearby Sierra de Grazalema.

Spring comes late to these mountains, and it is then when flowers bloom massively. Some interesting concentrations of flowers are made up by paeonia broteri, and in the higher part, the very conspicuous blue -flowering Hedgehog Broom.

Sierra de las Nieves holds around 30 taxons of wild orchids. Some of these are very localized -e.g. orchis cazorlensis-. Some other are local endemics -e.g. ophrys alpujata (image below)- when not endemics to Andalucía and North Africa -e.g. ophrys atlantica-. A checklist and orchid pictures are available on our Andalusian orchids' website.

With some 1400 species of plants present -and over a dozen endemisms-, botanists will be delighted to visit Sierra de las Nieves. The best time to look for wild flowers ranges from late April till mid June. 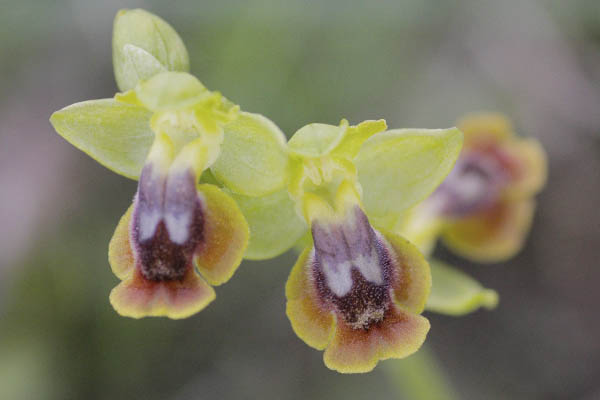 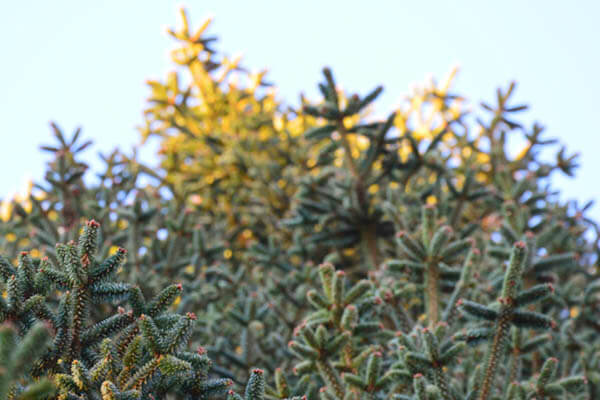 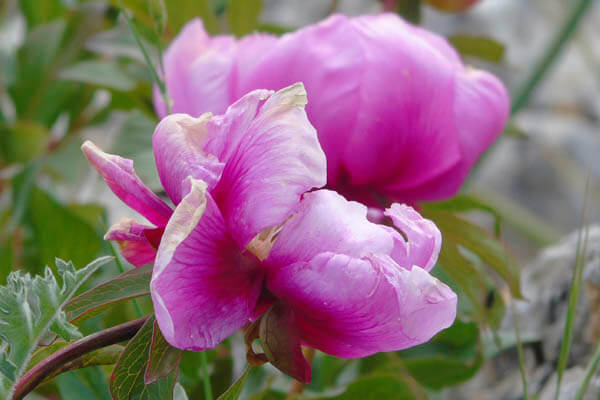 Around 110 species of birds are regular visitors of the Sierra de las Nieves. The Park holds an interesting bird community, including a variety of woodland birds, such as Crossbills, Crested Tits and Firecrests. All of these occur in good numbers. The three Wheatear species present in Western Europe breed here, along with a pletorah of curruca warblers, including Dartford, Spectacled and Western Orphean.

Winter is interesting here, as Alpine Accentors are present -at times- above the treeline. High concentrations of Ring Ouzel occur in very variable numbers from October till early May. Some winters bring decent amounts of Bramblings, Siskins and Redwings. There's even several records of Snow Bunting and Bullfinch.

Sierra de las Nieves still awaits the comeback of the Bearded Vulture, now thriving in Eastern Andalucía. For the moment the Golden Eagle may be considered the most remarkable bird of prey, followed by small numbers of Goshawk and Bonelli's Eagle.

Spring is undoubtly the best time for bird watching in Sierra de las Nieves, starting with the arrival of the Rock Thrushes, for as long as the Woodlarks sing. 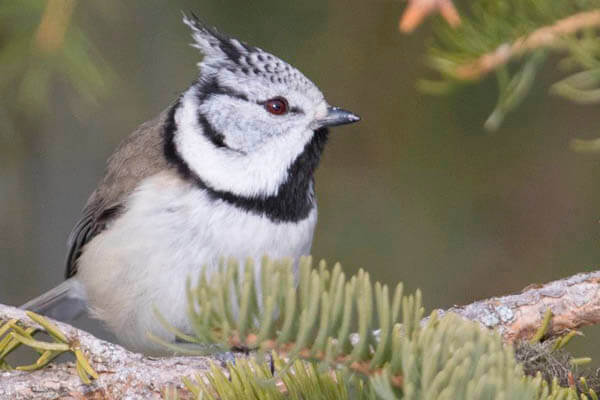 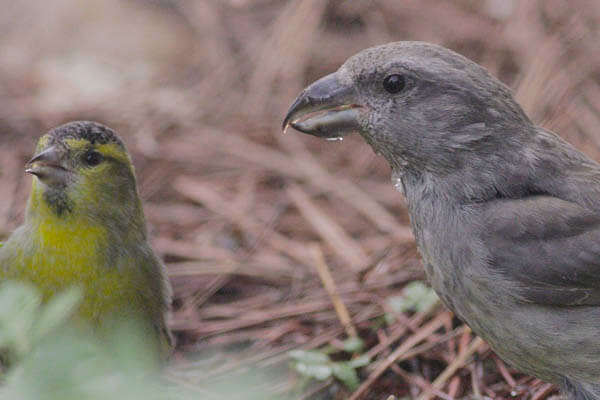 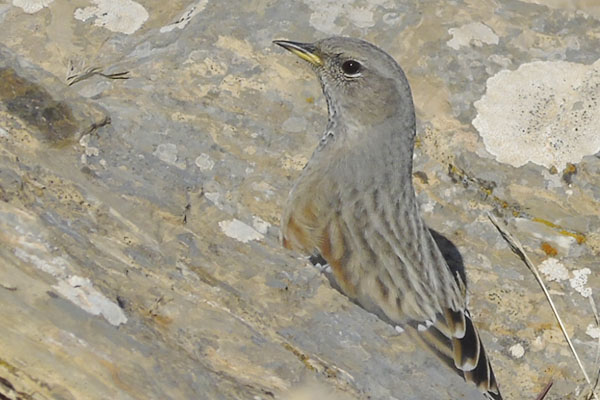 REPTILES AND OTHER WILDLIFE

Among the reptiles, two of them are of great importance. The endemic vipera latastei arundana is found here. The second one is the most striking of the lizards, the Sierra Nevada Lizard -timon nevadensis-. Álvaro Peral observed this lizard here in 2019 and is probably the most westernmost record of this endemic species and probably the first record of this species in Sierra de las Nieves (image below).

The endemic (sub)species of Fire Salamander salamandra longirostris is the most conspicuous of the local amphibians.

Up to 16 species of bats have been reported in this protected area, that is half of the species to be found in Andalucía. The bigger streams also count with an endemic fish, the squalius malacitanus. 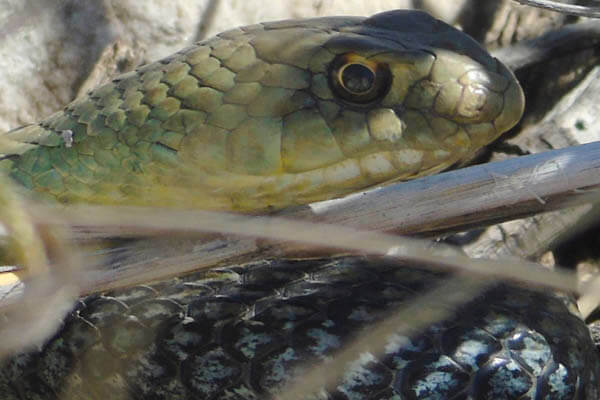 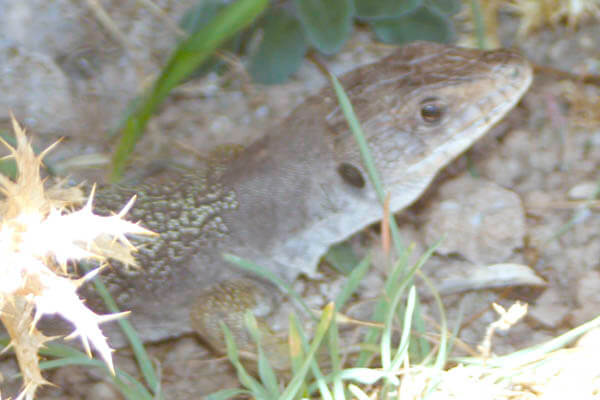 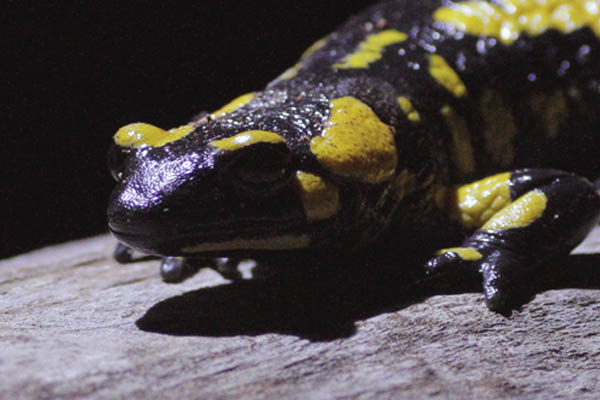 The Spanish Ibex -capra pyrenaica hispanica- is probably the most visible of the big mammals in Sierra de las Nieves. There's also a decent population of Mouflon, introduced in some hunting states of the surrounding Natural Park.

Other mammals remain unperceived in Sierra de las Nieves, that is the case of Genet, Beech Marten and Wild Cat.

Some areas of the Sierra suffer overpopulation of Wild Boar, that often crossbreeds with feral pigs. A reintroduction of Spanish Wolf here -if it ever happens- would definitely help the whole ecosystem recover its biotic health. 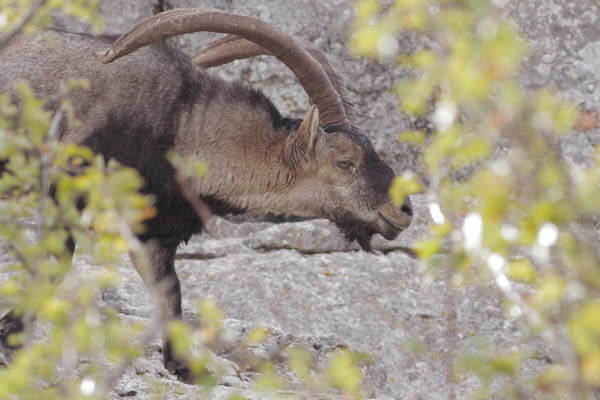 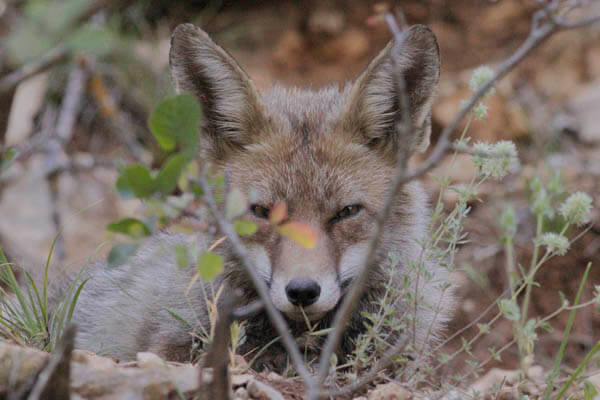 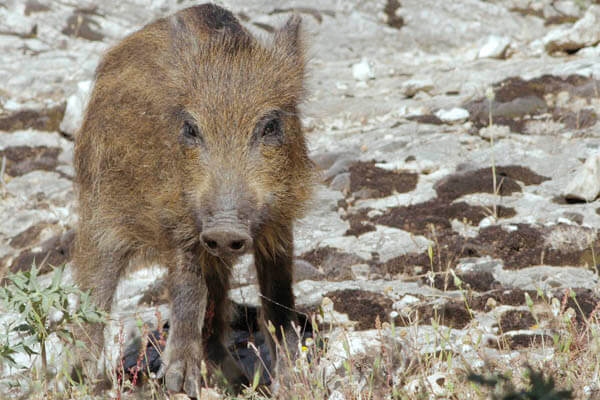 BUTTERFLIES AND OTHER INVERTEBRATES

Not less than 80 species of butterflies fly over Sierra de las Nieves. The unrivalled wild landscapes of these mountains make this a very interesting butterfly hotspot. To name just a few species: Spanish Fritillary, Provence Hairstreak, Black-veined White, Panoptes Blue, False Baton Blue and Lorquin's Blue. You can check our checklist and gallery of the Butterflies of the Serranía de Ronda.

The moths are well represented too, including endemics to Southern Spain, such as chondrostega escobesae.

The only member of Sun Spiders in Iberia, gluvia dorsalis (photo below), can be found nearly everywhere in the Sierra. A very interesting insect to look for in May is nemoptera bipennis. 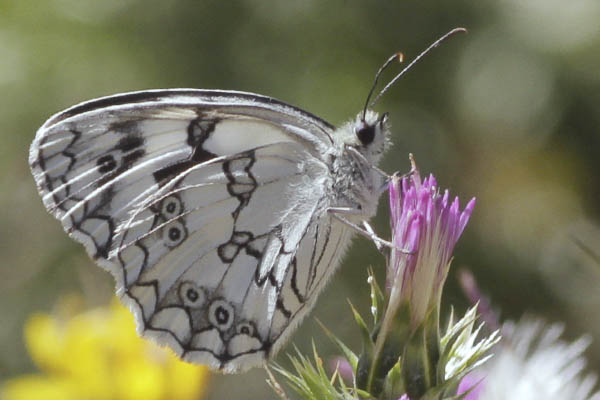 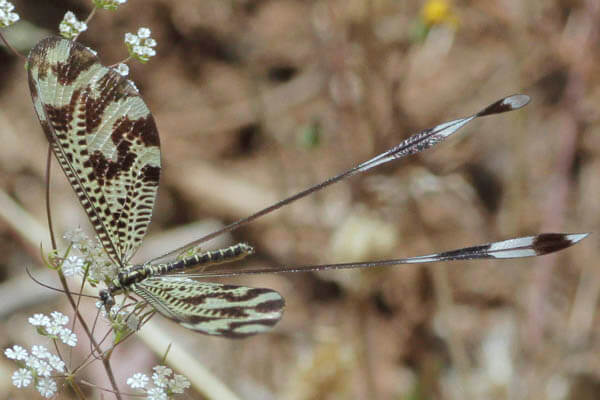 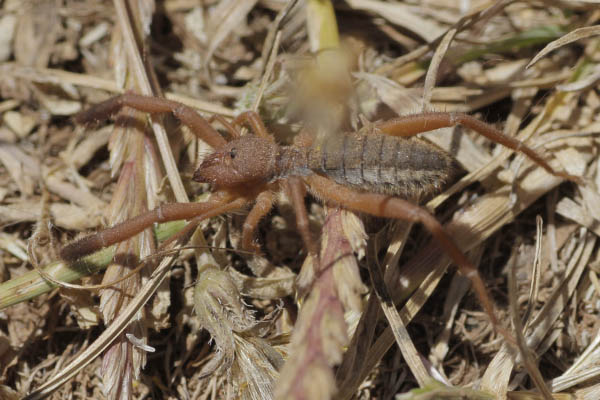 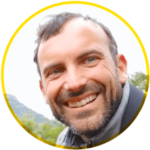