BIRDING IN RONDA AND GRAZALEMA

The mighty limestone mountains, its rolling hills and flourished valleys near Ronda and Grazalema in Western Málaga offer a great many different wildlife watching possibilities for birdwatchers. Famous for raptors, it is also home to a great variety of mountain birds and an important migration stopover for a nice set of birds bound to Northern Europe and Africa. Not in many places like this we can enjoy the omnipresent shape of a Griffon Vulture flying up a cliff, interrupted by the delightful sound of the Alpine Swifts along the gorges. More experienced birders will be delighted by watching of our 2 Rock-Thrushes and our 3 Wheatears, not to mention our most appreciated among our 4 local eagles: the elusive Bonelli's Eagle. This area is Álvaro's local patch since 2017 and he has developed a birdwatching route covering different spots within the Serranía de Ronda and the Sierra de Grazalema Natural Park that maximizes the chances of getting a variety of iconic birds. Photo tours are also possible. For more info, please read out birdwatching guide to Ronda.

ITINERARY: We will visit the best of the many birding hotspots in the Ronda mountains, depending on your target species, weather conditions and time of the year.  Our tours are never the same one! We will enjoy a traditional meal at a local venta (not included in price) and then make a final birding session after lunch. A standard tour will take us to the Sierra de Grazalema Natural Park or locations at the Serranía de Ronda but we can generally be flexible and include some stopovers for each species, check scenic views and natural jewels may you be particularly interested in.

PACE: As requested. In this tour we will travel from one spot to another. Around half of the time birding will be enjoyed from the vehicle. The walks are generally easy and short, but we are happy to include longer walks with outstanding scenery views on request.

MEETING POINT: We will meet at your accomodation in the surroundings of Ronda or another previosuly agreed point.

TIMING: This full day trip takes 8h including time spent traveling. A half-day trip takes 4h. We will agree a start time according to the time of the year, weather and your target birds. A winter tour can start at 9 or 10am whereas a summer tour can start even before sunrise! Note: during the summer months (June, July and August) the lenght of the trip is 6h.

EXTENDED TRIP: This trip can be linked with a visit to the Flamingo colony at Fuente de Piedra lagoon or to the Great Bustard territories at the steppes of Osuna in a Big Day trip (12h).

WHAT IT IS INCLUDED

WHAT IT IS EXCLUDED

A 30 eur discount applies to shorter tours in June, July and August 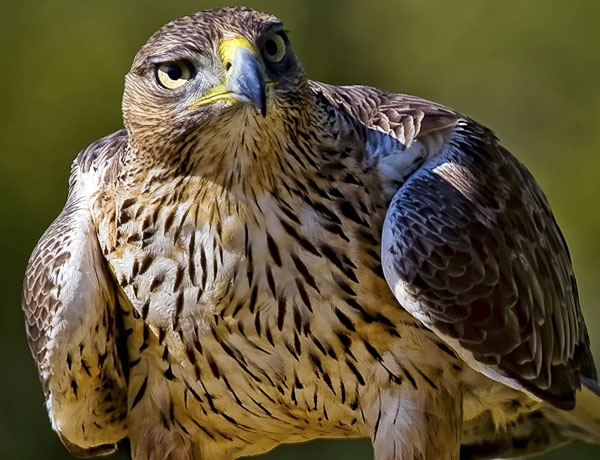 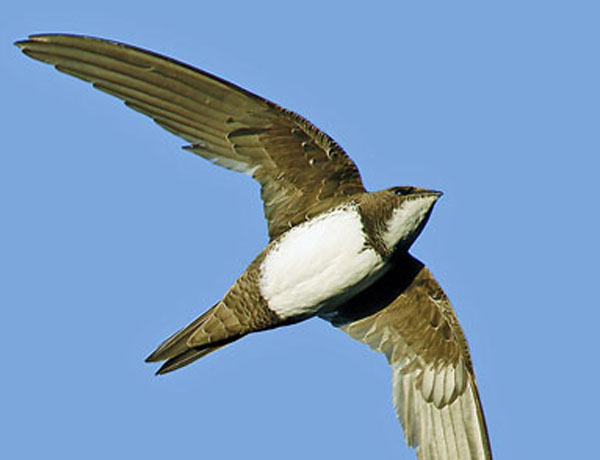 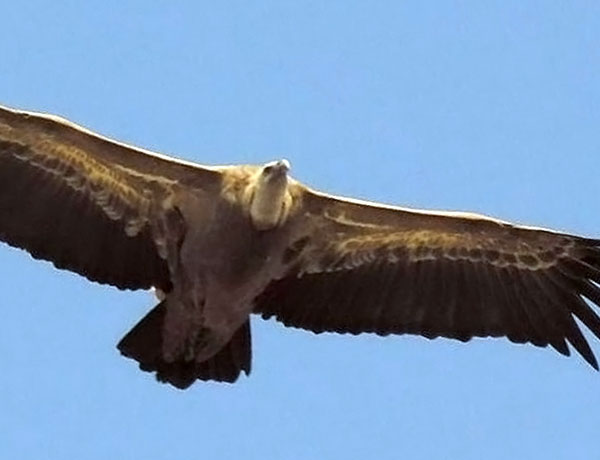 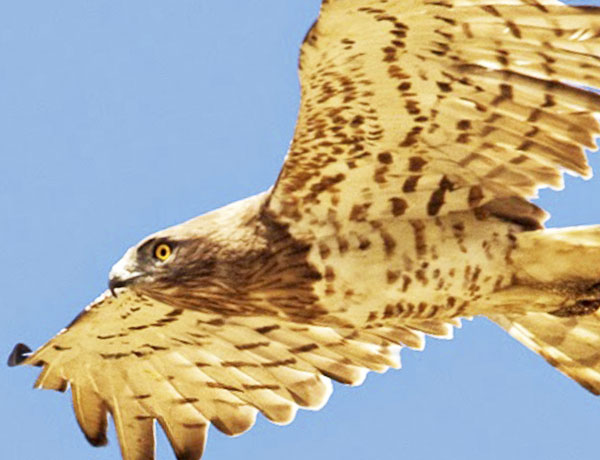 Some of the birds that make Ronda and Grazalema so attractive to birders are the following:

Over 160 species of birds can be seen regularly every year across our mountains. Amazed? Find out more about why you should go birding in Ronda. 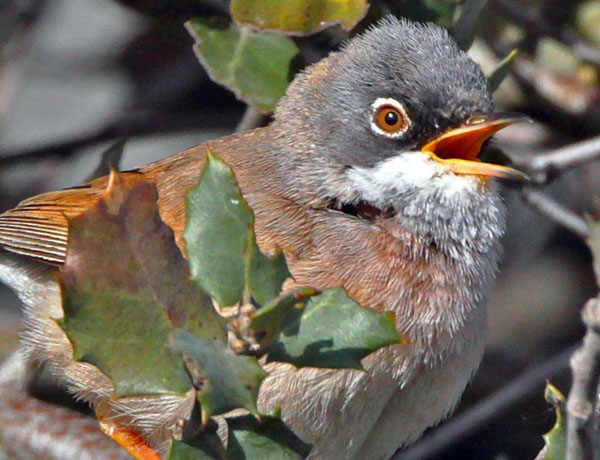 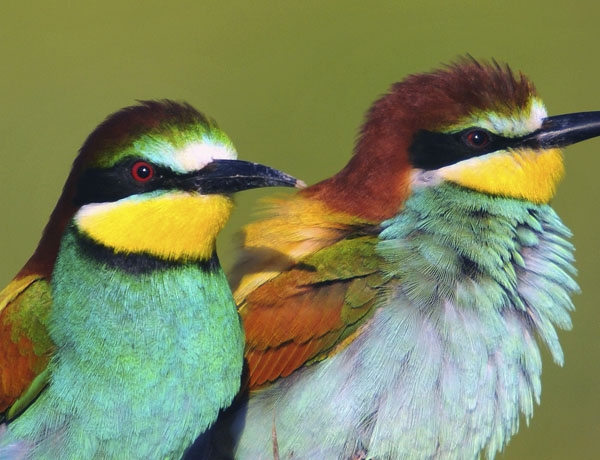 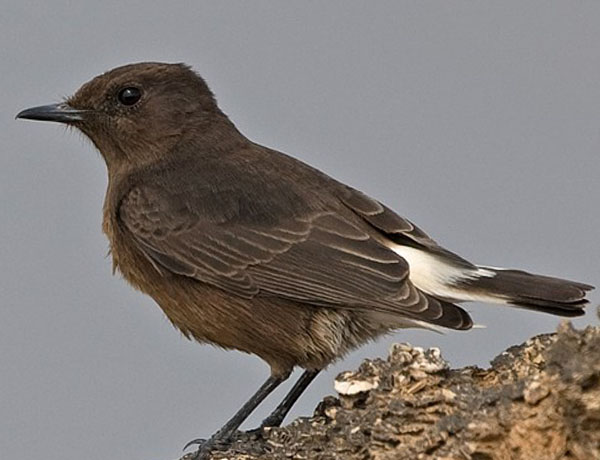 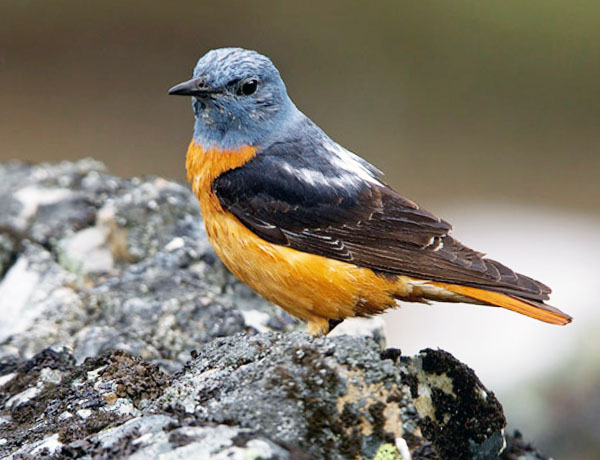 Several landscapes unites the so called "Serranía de Ronda", offering each spot a particular set of birdlife. The Ronda area is renown as one of the must visit destinations for birders visiting southern Spain. These spots are:

A nice set of limestone mountain chains among mediterranean forest, rivers and farmlands that make up a varied habitat used by over 170 species of birds. The variety of not just birds but also butterflies, dragonflies and general wildlife is ranking top throughout Europe. Wild orchids are also present from February till June. Top birds include Alpine Swift, Eagle Owl, Iberian Green Woodpecker, Spectacled Warbler and Red-necked Nightjar. The area offers nice walks in well preserved mediterranean woodlands with enormous specimens of Cork Oak, Gall Oak and Holm Oak. Iberian Ibex and Two-tailed pasha add to the list of famous local wildlife. 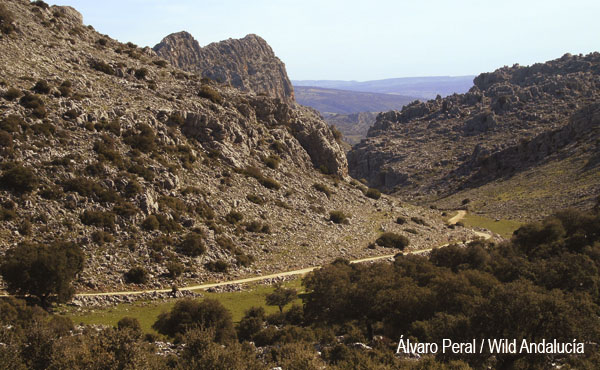 Among the many tracks -some of which are not easily accessible for normal cars- there is one in particular that Álvaro enjoys driving through our tours. This long path is known as Los Llanos de Líbar, near Montejaque. Sought-after resident birds here are Black Wheatear, Blue Rock Thrush, Corn, Rock and Cirl Buntings, Bonelli's Eagle, Rock Sparrow, Chough, Thekla Lark, Little Owl, Griffon Vultures and many others. In spring and summer this site -which is also a GR7 path- is good for warblers such as Orphean, Western Bonelli's and Subalpine warblers. Likewise, Short-toed Eagle, Booted Eagle, Rock Thrush, Crag Martin and Woodchat Shrike breed here. In winter the area offers high numbers of Ring Ouzel (both subspecies), Black Redstart and occasionally Alpine Accentor. 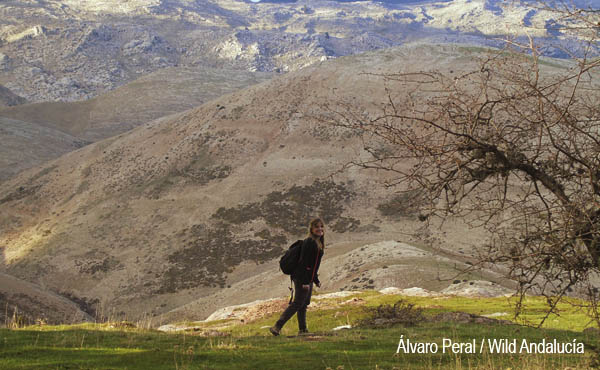 South of Ronda, the best kept secret is soon to be upgraded from Natural to National Park. Home to the biggest specimens of the endemic Spanish Fir (pinsapo) and a peculiar geology, Sierra de las Nieves is definately worth a visit if you like hiking. It is Álvaro's favourite site for Alpine Accentor in winter. Other interesting species are Dartfor Warbler, Iberian Grey Shrike, Iberian Chiffchaff and Crested Tit.

The Guadiaro river flows across the Serranía and adds lots of river wildlife, specially in summertime, when Golden Orioles sing among a chorus of Nightingales and finches. Western Olivaceous Warbler and Otter are scarce jewels along the river. Along this river we sometimes visit the Cueva del Gato -Spanish for the "Cat's cave", of a great beauty and catalogued as Natural Monument. This valley is also a migratory route for birds linking the Strait of Gibraltar with inner Spain, so we can expect some unusual bird sights during spring and autumn. 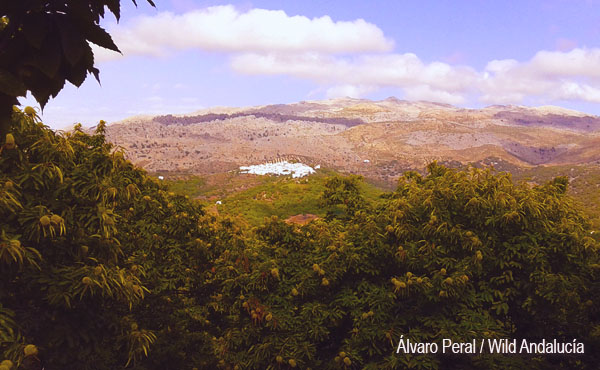 Also known as the Copper Valley, its many walking paths offer dramatic views of the white villages over an infinite chestnut and wallnut forest. Among these "white washed villages", Júzcar, Cartajima and Alpandeire are linked by scenic roads. An interesting area where woodland and montane birds mix. Secret waterfalls and long-distance horizons can be enjoyed year round.